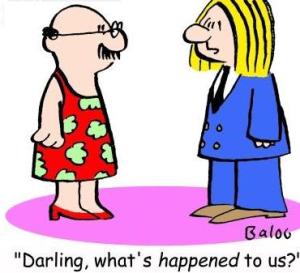 Last night when you were reporting on the Governments decision to launch an inquiry into work place discrimination around pregnancy and maternity leave you decided to spin it as  ‘the Government attempts to reignite the gender debate’.

ARE YOU FLIPPING KIDDING ME!

You are the damn ABC you are not supposed to be saying things like this. I mean I expect it from Andrew Bolt but I had higher hopes for you.

I mean the Government looking into the fact that women who are ‘of child rearing age’ don’t get hired for jobs simply because the employer doesn’t want to have to take the risk they may decided to have a child and then have to pay maternity leave, or the fact that many new mothers returning from maternity leave are told they must go full time or face redundancies. Or new mothers returning to the workforce not being granted more bathroom breaks or being put on less physically demanding duties. Its all obviously just the Government trying to restart the gender debate– not make life fairer and easier for women, not to ensure that the workforce is safe for women and certainly not to attempt to make a dent is the sexism that women in this country still face. It is most certainly just them trying to start up the gender debate once again. 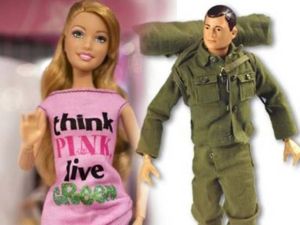 But seriously when did working towards equality end up being part of the gender debate. What even is the gender debate? All I think of when I hear you use this stupid term is arguments that were accompanied with boy germs and cooties being whipped from whoever was touched by the other sex onto some poor child who happened to not be holding their fingers in the ‘germ lock’ position.

And oh how you have me in a rant now ABC! Like the children I know who used to feel this way about other boys and girls, I wish you would grow up!

Grow up and acknowledge that women still aren’t treated the way men do.

Grow up and realise that the ‘gender debate’ is not a real thing its what mens rights activists think feminism creates.

Grow up and stop viewing anything the Government does for women is not directly related to the fact that we have a women as Prime Minister.

Grow up and accept that the Government isn’t out to win brownie points but rather help women to have a fairer go at life.

And stop bloody breaking my heart with you ill informed, factually offensive, and down right disgraceful reports around women’s issues.

I’ve been meaning to write something for this blog since it was created, but I couldn’t decide what to write about. Should I write a letter to my pre-feminist self? Maybe talk about something that’s happening on my campus about the wom*n’s movement? Then, at work the other day this old chestnut came to me. We’ve all heard it, and it’s usually (in my experience) followed by a comment that may not have been considered offensive had this not been added to the front.

I never realised how much this pissed me off until I had a really good think about it. Every person who has ever said this to me has been a straight white guy in a position of power (my boss, for example…), and nine times out of 10 has something to do with a task, an observation or statement that traditionally should align with things that I, as a woman, identify with.

That isn’t always the case, and personally this is true. I believe that many times someone’s said this to me that their intentions were genuine. But, then you get the bigots and the assholes who are trying to disguise their shit with this to make you feel like they’re on your side, and not actually being bigoted assholes.

Now I see through it. Now I know how to react: “Claire, not to be sexist but…”

“LALALALALALALALALALALA!! Sorry, but if you’re going to talk to me like that then I don’t want to hear what you have to say” *walks away angrily*

That seems to shut them up pretty quickly.

Now, something else that’s been pissing me off lately is people telling me what they think I should believe in, support, align with, even down to what I study and I think these ideas are connected. I think they have to do with a man (who really doesn’t like to questioned) not liking the idea that I have the power to make my own decisions about everything in my life and won’t let him dictate any part of it. How does this relate to the ‘not sexist’ comment? It’s a man telling me that he believes I should identify with whatever he is telling me, and doesn’t want me to be offended by his assumption.

Well, mister, I AM OFFENDED, AND UNTIL YOU AND ALL THE OTHER MEN ON THIS PLANET WHO THINK THEY KNOW MORE ABOUT A WOMAN THAN A WOMAN DOES, I will continue to be, and will continue to tell you stick your chauvinistic, outdated opinion up your ass! So STFU 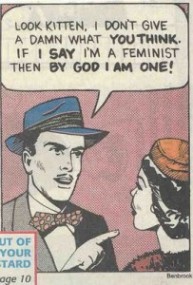